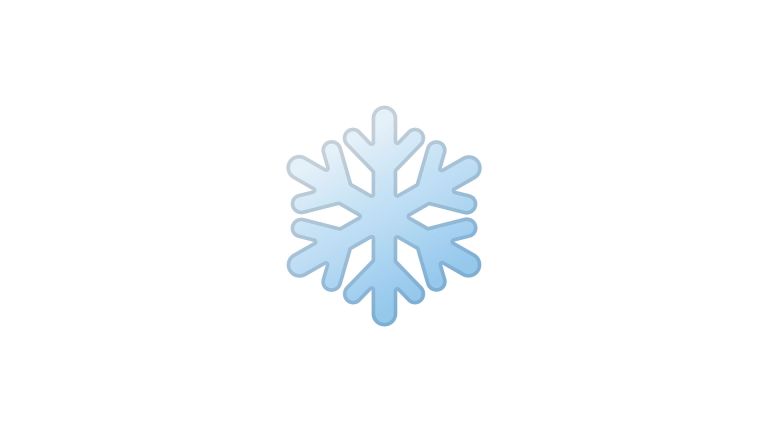 If you're confused by the snowflake emoji meaning after Quavo shared his first DM to Saweetie - we're here to help.

Maybe you woke up with a series of snowflakes emojis in your DMs (lucky, eh) or you've seen people confused after getting them on social media. Either way, you may be thinking - where did all these snowflakes come from?

What is the meaning of the snowflake emoji?

Well, we all have Migos star Quavo to thank for the "icy" trend. The rapper shared the first ever DM he sent to his now-girlfriend Saweetie earlier this week, in response to the 'how it started' challenge.

Turns out he made his first move by referencing her "ICY GRL" single and sending her a snowflake emoji. Less is always more right?

Saweetie got the reference instantly (maybe because they're meant for each other?!) and responded with a bowl of noodles, in reference to the Migos' hit "Stir Fry".

Quavo rode the ice reference home by adding "u so icy Ima glacier boy", before Saweetie added, "was hannin then".

The rest is history, with the couple having been together since 2018.

HOW I PULLED UP: HOW WE COMING 😂 pic.twitter.com/hIYyicrfIjOctober 7, 2020

So why do you keep seeing snowflake emojis on Twitter and what do they mean?

Inspired by Quavo's successful approach, many brave men and women out there decided to drop a few snowflake emojis in their crush's DMs and wish for the best.

Even UK Love Island star Ovie Soko was puzzled, and resorted to asking Twitter why people were sending him snowflakes.

these snowflakes are getting out of control. pic.twitter.com/Y592j6YBkXOctober 9, 2020

everybody gettin snowflakes in the dms but me 😔October 8, 2020

It's worth pointing out that these snowflakes are very different to the ones that have more often been used on TikTok. On the popular video platform, snowflakes in the comments are usually used as an insult by people with more conservative political views to refer to people with liberal political views.

Calling someone a snowflake implies the person is too fragile to handle "criticism" and consider themselves unique - like a snowflake.