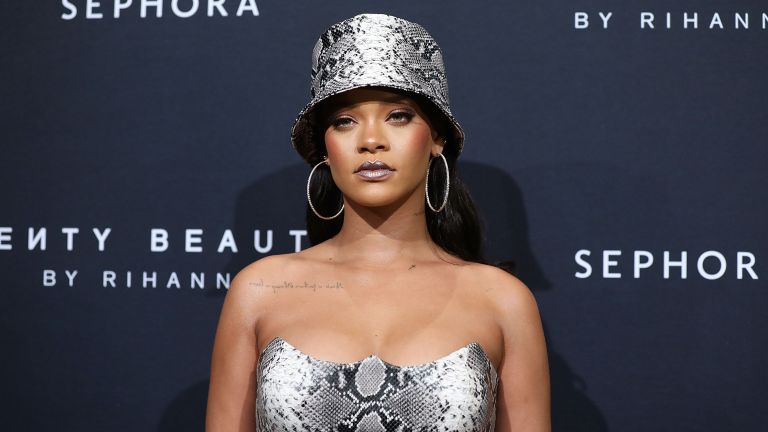 Music icon and beauty mogul Rihanna has been named on the Forbes’ list of richest self-made women in America for the first time ever.

The Fenty Beauty founder came in 33rd on the list, which celebrates the USA’s most successful women entrepreneurs and executives.

Rihanna reportedly has racked up a net worth of $600 million through her music, cosmetics line and her Fenty Fashion line partnership with the group behind Louis Vuitton, LVMH.

According to Forbes, Fenty Beauty had over $600m in sales in 2019. Meanwhile, the lingerie brand she co-owns with TechStyle Fashion Group, Savage x Fenty (who can forget Lizzo's iconic moment at the fashion show?), secured $50m from investors.

New Savage for de gal dem! Wanted to give y’all an extra drop cause we turned 2 years old and you guys have been incredible supporters, believed in our brand, appreciated what we stood for, and Ofcourse bought hella @savagexfenty! 🥳 Thank you from all of us! 💜 #SavageXSummer badgalriri

Speaking to Vogue about her beauty line, Rihanna said: “We have this amazing emotional connection with customers who’ve never been able to find their shade of foundation before - women crying at the [makeup] counter - it’s crazy to even think about.”

She also told Time, that she has “100% involvement” in the creation of the brand.

“I have 100% involvement in this process, which is what makes this so special and very fun. I have so much creative freedom from products to packaging, and that’s really the only way this brand will stay true to my vision for it.”

FT calls finna be next level! Get into this @fentybeauty cream blush and cream bronzer that just melt into your makeup to really look like skin, or for days like these where your bare skin could use a lil glow and fresh color 🥰😚 I also created a new Face Shaping brush to help you apply effortlessly. Get it now at fentybeauty.com, @sephora, @harveynichols and #SephorainJCP. badgalriri

The 32-year-old Barbadian’s charity Clara Lionel Foundation raised $22.5m in coronavirus relief, and she personally donated $8m to relief efforts. She also donated $1m to New York’s needy, $2.1m to abuse victims in LA, and $5m to other charities through her foundation.

That’s definitely something to be commended.