As we saw in episode 24 of Love Island 2022, Danica chose Jay in the recoupling, despite him closing the door on any romantic connection because of her age—but how old is Danica exactly and what’s their age gap?

For those who need to be caught up to speed, Danica Taylor has sadly not been having the smoothest ride in the villa. After first coupling up with fish flop fan, Luca—despite his obsession with Gemma—to then Jacques, who only chose her because Paige had already been picked, to now, Jay.

Recoupling with Jay sparked a whole lot of drama in the villa, especially with Antigoni, who also had her sights set on the Scottish bombshell. More so, as he had already assured Antigoni (and the whole villa for that matter) that he'd closed the door on any romantic connection with Danica because of their age gap.

So how old is Danica exactly and is she even the youngest islander?

How old is Danica on Love Island?

Danica is 21, making her the second-youngest islander on the show behind Gemma Owen, who is 19. The rest of the islanders are 23 and over.

What is Jay’s age on Love Island?

Jay is 28 and the oldest Islander, alongside Charlie who is also 28. The recoupling drama between our love triangle all began following a conversation between Danica and Jay after he hinted that a romantic relationship was not on the cards because of her age.

He told her he was more interested in getting to know Antigoni, who is 26. But Danica still chose to couple up with him, much to Antigoni’s confusion.

What is Jay and Danica’s age difference?

There are seven years between Jay and Danica and as we saw in the latest installment—that is too much for Jay, which now also explains why he never pursued Gemma. 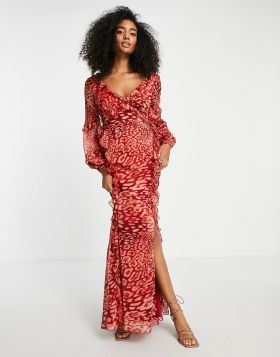 Naomi is a Lifestyle News Writer with the Women's Lifestyle team and has recently earned her Gold Standard diploma in Journalism with the NCTJ. She has a background in design, having studied Illustration at Plymouth University but has taken a leap into the world of journalism after always having a passion for writing. She currently writes pieces on beauty, trends, fashion, and entertainment for GoodTo and My Imperfect Life. She also tests and reviews beauty and skincare products and tries out the latest TikTok hacks for My Imperfect Life.

Before working for Future Publishing’s Lifestyle News team, she worked in the Ad production team. Here she wrote and designed adverts on all sorts of things, which then went into print magazines across all genres. Now, when she isn’t writing articles on celebs, fashion trends, or the newest shows on Netflix, you can find her drinking copious cups of coffee, drawing and probably online shopping.