The Netflix comedy—which tells the story of Emily Cooper, an American twentysomething who moves to Paris for a job opportunity at a French marketing firm (all without actually knowing how to speak, you know, French)—is full of fabulous, and ridiculous, characters.

But if you're wondering which member of Emily Cooper's crew you're most like, let's look to the stars!

Which 'Emily in Paris' character are you?

As first in the Zodiac, Aries is the original trendsetter—just like fashion designer Pierre Cadault. Both Pierre and Aries have incredibly strong personalities, as neither the character nor the Zodiac sign wants to settle for less. Pierre initially dislikes Emily for being too “basic,” which is pretty Aries-like to pass a quick judgment. But when Emily comes back for round two, Pierre’s brash side subsides to reveal a more warm-hearted Aries nature.

Taurus is a Venusian sign, sensual and wanting only the best! However, Taurus can be simplistic as well as long as there is good food and wine to go around. Like Taurus, Gabriel radiates Bull energy. From stubbornly defending his chef skills to his slow-burning romantic build with Emily, Gabriel is quite the Venusian charmer. He tends to be loyal, too. Like Taurus, Gabriel seems to be unwavering, as he’s always there to help Emily out.

What other sign would play off a name like “la plouc” as a term of endearment like Gemini? Julian’s introduced as a funny, witty coworker who seems to wear two faces—much like Gemini. His Gemini traits come across as somewhat two-faced considering he doesn’t always have Emily’s back. But Julian does keep it real when Emily calls him out for calling her a hick, and even slowly builds his friendship with her as the show continues.

Although Madeline briefly appears on the show, she does have some Cancerian qualities. Cancer is associated with the mother, which is fitting as Madeline’s pregnancy stops her from going to Paris early on. As she makes her occasional appearance, Madeline’s Cancerian qualities shine in her tough-love approach with Emily, as she nurtures yet guides Emily in her professional obligations. Like Cancer, Madeline also seems to have solid advice to give to her fellow water sign, Emily!

Leo tends to be the “it” girl in astrology, which is pretty similar to Camille. Both Leo and Camille are confident, fun, and friendly. When Emily meets Camille buying flowers, they immediately connect. In true Leo fashion, Camille ends up being quite a genuine friend to Emily despite the growing sexual tension between Camille’s boyfriend, Gabriel, and Emily. Aside from this, Camille’s incredible style and genial personality have Leo's charisma written all over her.

As true opposite to both Emily and Pisces, nobody else could be a Virgo like Sylvie. Sylvie is critical, cool, and collected. Her Virgo nature shines with perfectionism, as Sylvie needs to have everything in order at work. It’s pretty difficult for Emily to impress a Virgo like Sylvie, so Emily is usually bearing the brunt of her criticism throughout the show. However, Sylvie’s incredible attention to detail and ability to help Emily cannot go unnoticed!

As an opposite to both Aries and Pierre, Mathieu radiates strong Libra energy. Like Libra, Mathieu comes across as strikingly charming. His social nature strikes up a connection with Emily immediately, and she cannot be helped by but be bewitched by his charms. Aside from his flirty nature, Mathieu’s Libra qualities extend to his sense of style, as he is well-dressed and also involved in the fashion industry like his uncle Pierre.

Scorpio tends to be a highly transformative sign, which represents Paul Brossard fairly well. Brossard has an eye for business, knowing what is or is not a good deal—just like Scorpio! He ends up selling his business, which is the catalyst for Emily to end up in Paris. From there, his occasional appearances in the show, coming across as welcoming to Emily but also secretly conveying his doubts about her. Over time, he realizes Emily’s a great investment, too.

Adventurous and strikingly honest, Mindy comes across like a Sagittarius. Her Sagittarius nature shines in her ability to make the best of her situation, such as courageously starting a new life in Paris which takes her away from her family in another country. Mindy is warm, exciting, and refreshing—just like Sagittarius. She brings a lot of laughter into Emily’s life. Mindy’s energetic Sagittarius personality helps Emily to take a leap of faith.

The mogul of the show is Antione, who comes across strongly as a Capricorn. Like Capricorn, Antoine is large and in charge. He tends to call the shots, oversees all operations, and tends to have the final say. At times, his Capricornian nature can come across as authoritative, like when they’re filming a perfume commercial. Similar to Capricorn, Antoine also radiates this mature sensuality but knows how to keep it professional.

At first, Luc seems friendly enough, which is very Aquarius in nature. He befriends Emily by saying he doesn’t agree with the “la plouc” comment. But as the show unfolds, his Aquarius nature comes across as weird, as he continues to make increasingly explicit remarks. Luc tends to be kind of harsh, like the Saturn-ruled side of Aquarius, but also kind of erratic, which is also like the Uranus-ruled side of Aquarius. Like Aquarius, Luc can be counted on for an indisputable reality check.

Sweet and bubbly Pisces matches Emily’s character best. Both Pisces and Emily have dreamy energy, one that hopes to take on a seemingly romantic Paris. Like Pisces, Emily can wear rose-colored glasses, making her a little over idealistic which hinders her ability to be accepted into her new workplace. But also like Pisces, Emily continues to make the best of her situation by capturing her French coworkers and neighbor, Gabriel’s, hearts one at a time! 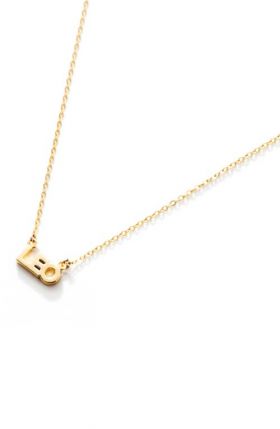 Athena Antares is a traveling writer, astrologer, and mystic who believes in adding a touch of magic to everyday life. She has written horoscopes for numerous lifestyle publications and has dived deeply into astrological magic and manifestation spell work. In her spare time, Athena enjoys exploring new places, spending time in nature, and reading charts for her worldly clientele.