Have you ever tried to uncover your Chinese zodiac sign?

Sure, you're familiar with Western astrology—you've been following your 2022 horoscope predictions to a T, snagging the best crystals for Mercury retrograde and following along with the full moon calendar. We're fully aware that you're a cosmic pro.

But there are more transcendental methods that offer a glimpse into your fate. Considering the Chinese zodiac, a.k.a. sheng xiao, has been around for thousands of years—and it's often referenced in Bling Empire season 2, which we know you'll be watching—we figured we'd do a little homework.

Here's everything you need to know.

The Chinese zodiac has 12 different signs, which are represented by an animal. (Sound familiar?) The animals are considered somewhat prophetic—they're able to determine personality traits and what type of connections people will form in their lifetimes.

The zodiac cycle repeats every 12 years with the same animals. In order, they are as follows:

For those who are anxious to uncover their sign and corresponding traits, you'll have to select the animal that coincides with your birth year. (Remember, the cycle starts anew every 12 years.) This all follows the Chinese lunar calendar, not the typical calendar we're accustomed to.

For those who are not inclined to calculate numbers (guilty!) this chart from travel sight China Highlights (opens in new tab) will assist in pinning down your creature.

Similar to Western zodiac signs, Chinese zodiac signs assign personality traits to each animal. Here are a few for each:

Do you agree with your animal's traits? Notice any discrepancies?

Those who have studied astrological birth charts know that the fun does not stop with animals. The Five Elements also impact your Chinese Zodiac chart. We're used to water, fire, air and earth in Western astrology, but in Chinese astrology, it's a little different.

According to The Guide to Chinese Horoscopes via Oprah Daily (opens in new tab), here's how to uncover your element:

Birth years: Last number of your birth is 0 or 1
Associated with: “solidity and willpower"

Birth years: Last number of your birth is 2 or 3
Associated with: “responsiveness and persuasion”

Birth years: Last number of your birth is 4 or 5
Associated with: “imagination and creativity”

Birth years: Last number of your birth is 6 or 7
Associated with: “passion, and bursts of dynamic energy”

Birth years: Last number of your birth is 8 or 9
Associated with: “down-to-earth qualities that encourage focus and commitment to achieving goals.”

Allegedly, your Chinese zodiac birth year, also known as Ben Ming Nian, is considered an unlucky time, so avoid making sudden changes. When you think about it, it's a bit similar to when planets go retrograde: it means we'll have to go with the flow.

For a more in-depth look at the traits, superstitions and all, be sure to visit China Highlights (opens in new tab). 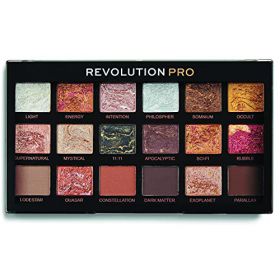