June astrology events are swopping in along with the warm weather. Now that summer is on the horizon, it seems the cosmos, like us, are especially busy.

Grab your planner—great gifts astrology fans love, as you know—have a look at your June horoscope and check out what the solar system has in store for us next.

What planet is in retrograde? Saturn's up next.

Until October 23, 2022, the planet that is responsible for our boundaries, structure and habits will be spinning backwards. It's common to have a few career-themed Q's and thoughts around this time.

The end of Mercury Retrograde

Phew! Mercury retrograde 2022 is finishing the second of four doses, but that doesn't mean that the infamous planet has had enough of us quite yet. Let's not forget about the Mercury shadow period (aka Mercury retroshade).

"The post-shadow phase can be a great time to work through any lingering issues, like miscommunication," says astrologer Liz Simmons (opens in new tab). "I would suggest being accountable for your actions or lack thereof. No matter the planet, a retrograde is a time to rethink, review, then revise how we choose to handle something in our life."

When is the next full moon? Our June celestial event is as eye-catching as it is exciting.

"The full moon in June, which happens in the sign of Sagittarius, brings an uplifting, hopeful energy," says astrologer Noush with Girl and Her Moon (opens in new tab). "It’s a really curious and adventurous energy. What we can expect is an almost childlike wonder to fill in spaces where there was a bit of heaviness."

Trust us, you'll want to soak up the longest day of the year in all of its glory.

Summer solstice 2022 is a perfect time to connect with nature, embrace creativity and expect to part ways with old habits that no longer stick.

"It’s quite a positive energy," Noush says of the summer solstice. "In terms of preparing, I would say it’s important to just be open to a new wave of energy that's about to enter your life, be open to something being rebalanced or releasing something that’s built up over the winter."

No surprise here! One of our favorite water signs is getting a little time in the seasonal spotlight, so expect things to be dreamy, creative, emotional and empathetic.

Set those intentions: the next new moon is on its way towards the end of the month. Not only is this a good time to manifest and bring yourself one step closer towards your goals, but it's a great time to indulge in some TLC. (Best self-care practices, anyone?)

"There's a calmness that comes with this lunar event that we don't usually see, making it an excellent time to meditate and reconnect with yourself," astrologer Renée Watt (opens in new tab) previously told My Imperfect Life.

Consider Neptune retrograde to be the wake-up call of the retrogrades.

"Because Neptune is the planet of illusion, delusion, and fantasy, when it is direct and in connection with an important part of our charts, Neptune can cast a spell on us and confuse us by putting a veil over our eyes," astrologer Narayana Montúfar, author of Moon Signs: Unlock Your Inner Luminary Power (opens in new tab), previously told My Imperfect Life.

Be on the lookout!

An intuitive astrologer with Girl and Her Moon, Noush believes in the healing power of focused energy. You can catch her cosmic insight during an astrology reading or by signing up for a Flow with the Moon Membership.

Liz is a self-taught astrologer and tarot reader who blends Hellenistic and modern techniques that utilizes the tropical zodiac, Placidus House system and Whole House system.

Astrologer Renée Watt has offered her expertise for a variety of publications, including Cosmo, InStyle, Girlboss and more. She hosts a weekly podcast called "The Glitter Cast" (opens in new tab) and is a cohost of the occult livestream  “Betwixt The Shadows.” 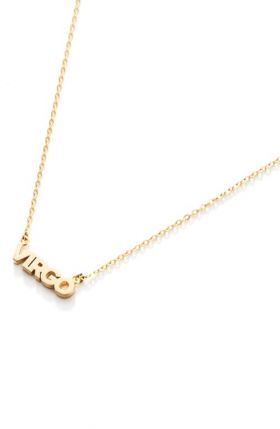