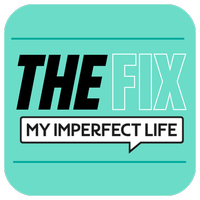 By My Imperfect Life published 29 October 21

Welcome to The Fix—the only edit you'll ever need—of all the beauty products to book launches, and everything in between that our editors are obsessed with.

Our editors and global network of contributors, get to try, watch, and taste some of the newest products to launch, so we thought it was only right that—after much rigorous testing and hours spent watching—we shared our faves.

Consider this your one-stop destination to find a global round-up of all the latest fashion and designer collaborations, the low-down on the newest exhibition to hit museums or the best restaurants to visit.

From beauty gadgets to exclusive fashion drops, the podcast to listen to, and the must-see TV shows these are the things that we're obsessed with.

These are the items that we're coveting and the drops we've been waiting for. When it comes to products, approximately 17,629 of them land in our editors' hands every month, some are good and others are great, some not so much. Some make it into their ACTUAL routines and others have the power to replace much-loved items. These are those products.

This month's shopping list features a fragrance from a cult—and seriously cool—brand, not one but two pretty epic fashion collaborations and great workout gear, and a book that will change your life.

Lucia Hall has teamed up with Ella Eve—a creative tattoo artist—to create a necklace with features Ella’s intricate and beautiful artwork. We love it!

Lucia Hall has teamed up with Ella Eve—a creative tattoo artist—to create a necklace with features Ella’s intricate and beautiful artwork. We love it!

Inside this monochrome bottle lies a little magic which is part moisturizer, part serum, and part foundation. It effortlessly glides onto skin leaving it glowing and covered but with all the right bits that make you...you—hello gorgeous freckled babes—showing in all their glory.

3. Bombas arrives in the UK

Bombas—purveyors of some seriously comfy and stylish socks—has just launched in the UK and we couldn’t be more excited. Plus, for every pair sold a pair is donated to St Mungos the homeless charity.

You can’t beat a good red. Period!  So, we’ll be applying this brilliant pigmented and luscious red with deep rich tones by way of  Chanel liberally.

Addison Rae, Beadobedoo, Donté Colley, Cecilia Cantarano, and Charli XCX are the new ambassadors for the Pandora ME collection. The collection is jam-packed with customizable pieces that allow you to wear it however you choose and stay true to your style DNA.

Shop the Pandora ME collection now

Jo Malone London have released a limited-edition design of the Peony & Blush Suede Cologne in support of The Estée Lauder Companies’ Breast Cancer Campaign. For every purchase of the fragrance, JML will donate a portion of funds to the Breast Cancer Research Foundation in October.

Get you a tinted moisturizer that really IS that chick and really does it all. Mineral broad-spectrum protection? Check. Sheer and flexible coverage? Yes, Sir. Dewy-hydration? Yes Ma’am. Packed full of skincare superheroes? UM, YES. GLOW? Check. Check. Seriously, it’s really that good.

If you’re looking to add some body to fine hair, look no further than the Intense Thickening Shampoo by way of Grow Gorgeous.

Roots are given the kiss of life with an advanced formula that contains Biotin, Caffeine, Niacinamide and Rice Protein.

Amp up the volume with the Infinite Masquara from Illamasqua. The creamy formula holds an impressively pigmented color for a rich and deep black finish which is applied evenly thanks to the unique brush bristles for the perfect clump free lashes

Byredo scents just keep getting better and better IMHO and Blanche, the newest in the mix is no exception to the rule. A powdery uplifting scent, with notes of pink pepper, aldehyde, and musk, just one spritz has the power to flip the script on a dreary day and cocoon you in a comforting veil of serenity.

These are the TV shows and podcasts that we're obsessed with. This week's cultured list features a book about an RNB superstar, one of the most highly anticipated new shows of the year, THE exhibition to visit and much more...

Father, Son, House of Gucci. The much-anticipated, Lady Gaga-led retelling of the real-life tale of Italian black widow Patrizia Reggiani—who was sentenced to 29 years in prison for her involvement in the murder of her ex-husband, Maurizio Gucci, the head of the exclusive Gucci fashion brand—is coming out in a few short weeks (November 24th, mark your calendars!) and we've got a sneak peek at all of the drama and glamour with a brand-new trailer.

Father, Son, House of Gucci. The much-anticipated, Lady Gaga-led retelling of the real-life tale of Italian black widow Patrizia Reggiani—who was sentenced to 29 years in prison for her involvement in the murder of her ex-husband, Maurizio Gucci, the head of the exclusive Gucci fashion brand—is coming out in a few short weeks (November 24th, mark your calendars!) and we've got a sneak peek at all of the drama and glamour with a brand-new trailer.

The Roys are back! Season three of Succession kicked off just a few weeks ago and we're already deep into yet another round of backstabbing, betrayal, and bad boardroom antics. Whether you're wondering "Who plays Shiv on Succession?" or "What is Succession based on?" or simply need a refresher for that insane cliffhanger that happened in the Succession season 2 finale, we've got you covered all season long. Buckle up, f*ckleheads!

Well, yes and no. The social media platform that your parents love will still be called Facebook (including across their social media handles, like Instagram, which the Artist Formerly Known as Facebook owns), but the company itself will now go by the corporate name "Meta." The Internet responded as only the Internet can, with snark: "Stop trying to make meta happen!" How fetch.

We only need one word for our weekend plans: Adele. Yes, the cry-inducing crooner is back with yet another heart-tugging ballad and we have already made plans with several boxes of Kleenex to listen to her brand-new single "Easy on Me" over and over again until Monday rolls around. These funny reactions and memes will cheer you up in between sobs.

The time has finally come: You season 3 is here (along with the equally great news that You season 4 is officially confirmed!) so you have plenty of psychological thrills to tide you over until Monday morning rolls around. Who will be the object of Joe Goldberg's creepy affection this time? You'll have to watch to find out!

6. Beautiful World, Where Are You

Need a last-gasp-of-summer beach read? One of our favorite authors is back with another page-turner: Sally Rooney, the writer behind bookshelf staples Normal People and Conversations with Friends, both of which have been adapted into Hulu shows. Her latest, Beautiful World, Where Are You: A Novel tells the story of a group of friends, Alice, Felix, Eileen, and Simon, as they make up, break up, and navigate the world together. It hits shelves, both physical and digital, on Tuesday, September 7.

What do Meryl Streep, Ariana Grande, and Timothée Chalamet have in common? Beyond being on the shortlist of people we'd want to be stranded on a desert island with, the talented trio is part of an A-list cast of actors and musicians featured in Netflix's upcoming dark comedy, Don't Look Up. The flick's not out until December but with this kind of cast, it already has buzz, so check out the trailer and catch up!

Chila Burman, the artist responsible for injecting a hyper dose of vibrant energy over the Tate Modern facade at Christmas has done it again. This time, the iconic Market Building in London's Covent Garden Piazza. Burman's work is inspired by her Hindu Punjabi heritage.

You must visit the space and soak in all the wonderful colors, energy, and bedazzlement, including getting the chance to meet Janu the neon, Tiger.

One of the most infamous moments in modern US history is getting the Ryan Murphy treatment. Impeachment: American Crime Story—which debuted on FX on Tuesday, September 7—recounts the affair between then-President Bill Clinton and White House intern Monica Lewinsky, and all of the legal and social ramifications that came out of it. This is going to be a juicy one, folks.

Baby Girl: Better Known As Aaliyah tells the story of the late RNB superstar who still captivates us all—old and young. Kathy Iandoli, the author, spoke to us exclusively about why Aaliyah's style will always be relevant.

We’ve been waiting for over a year now and finally the fifth installment of Money Heist is coming to Netflix on September 3rd! The Spanish phenomenon has drawn in more viewers than the pandemic hit Tiger King, so you better catch up if you haven’t watched it yet. Without spoiling it for any newcomers, there’s a lot to look forward to in season 5—we need revenge.

TikTok has already taken over your phone—now it's taking over your radio, too. The viral-making video platform has launched TikTok Radio in partnership with SiriusXM. The new music channel will highlight trending stories and popular tunes and will feature TikTok stars like Dixie D'Amelio, Lamar Dawson, Cat Haley, and Taylor Cassidy. Real-deal musicians will also take part in the fun during the channel's weekly "Creator Invasion," in which famous folks like Ed Sheeran, Lil Nas X and Normani will make appearances.

If The White Lotus came and went too quickly for you, add Nine Perfect Strangers to your weekend watch list. The new Hulu series stars Nicole Kidman as Masha Dmitrichenko, the beguiling wellness guru at the center of Tranquillum House, "a boutique health-and-wellness resort that promises healing and transformation." When nine guests arrive—including Melissa McCarthy, Michael Shannon and more—they get more than they signed up for.

We don't know about you but we've been jamming to Lorde's new album Solar Power, which debuted on August 20, all week long. While the record answered some questions—namely, what is our soundtrack to summer this year—it raised other ones for fans, including what happened to Lorde during her four-year hiatus and, more intriguingly, does Lorde have a boyfriend? BRB, we'll be listening to "California" and "Big Star" on repeat for clues.

Calling all photography fans! After a stint in Los Angeles at the NeueHouse Hollywood, an exhibit of 120 photographs and four 16mm films by none other than Andy Warhol is coming to New York City's Fotografiska. Running from September 10, 2021, through January 30, 2022, the "Andy Warhol: Photo Factory" collection will feature iconic snaps of some of Warhol's most famous subjects, including celebrities like Dolly Parton, Jane Fonda, and Jack Nicholson, and fellow artists including Keith Haring and Jean-Michel Basquiat.

The My Imperfect Life team is all about helping you navigate your world. We bring you the latest on fashion, beauty, travel and wellness so you can live life on your terms.