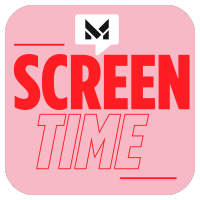 Here at My Imperfect Life, we're always looking for the next big thing to watch, whether it's a blockbuster theatrical release or a buzzy streaming series.

That's where Screen Time comes in—it's a handy guide to everything our editors are looking forward to catching this month on screens both big and small. You already know what's new on Netflix, but here's where we sift out the must-sees from the mountain of available titles.

From finally ticking off that TV show that's been on our list for months to marking our calendars for that big movie premiere date, this is what we're watching this November.

Didn't catch this retro queer romance starring Harry Styles, David Dawson and Emma Corrin when it hit theaters on Friday, October 21? Don't worry, darling (see what we did there?): My Policeman is streaming as of Friday, November 4 on Amazon Prime Video. The tearjerker follows a trio of characters—titular policeman Tom (Styles), school teacher Marion (Corrin), and museum curator Patrick (Dawson)—and the entanglements of their relationships in 1950s Britain.

Selena Gomez: My Mind & Me

"After years in the limelight, Selena Gomez achieves unimaginable stardom. But just as she reaches a new peak, an unexpected turn pulls her into darkness," reads the official synopsis for this "raw and intimate documentary" on the singer and Only Murders in the Building actress, premiering on Apple TV on Friday, November 4. Gomez has never publicly shied away from her health conditions but she bravely digs even deeper into the physical and mental toll and toil she's gone through in the past six years.

The Crown season 5, debuting on Netflix on Wednesday, November 9, will bring the Royal Family into the 1990s with a whole new cast: Imelda Staunton as Queen Elizabeth, Jonathan Pryce as Prince Philip, Lesley Manville as Princess Margaret, Jonny Lee Miller as Prime Minister John Major, Dominic West as Prince Charles and Elizabeth Debicki as Princess Diana. And yes, there will be an appearance from the Revenge Dress.

Christmas came early: Lindsay Lohan is happily back on our screens after a decade-long break in this holiday rom-com on Netflix, which drops on the streaming platform on Thursday, November 10. "After losing her memory in a skiing accident, a spoiled heiress lands in the cozy care of a down-on-his-luck widower and his daughter at Christmastime," the synopsis reads, with Glee alum Chord Overstreet playing opposite the Mean Girls star.

The Sex Lives of College Girls

Class is back in session! Catch up with your favorite Essex College coeds—Pauline Chalamet's Kimberly, Reneé Rapp's Leighton, Amrit Kaur's Bela and Alyah Chanelle Scott's Whitney—when The Sex Lives of College Girls season 2 hits HBO Max on Thursday, November 17. Will something happen with Whitney and Canaan? Will Leighton and Alicia get back together? And is Nico gone for good?

The third and final season of Netflix's Dead to Me—a black comedy about a jaded widow (Christina Applegate) who unknowingly befriends the eccentric woman (Linda Cardellini) who ran over her husband—is paying its last respects on Thursday, November 17. "In the aftermath of yet another hit and run, both women receive shocking news, and are ready to risk their lives for a friendship that's above the law," the streamer says of the new episodes.

One of the simultaneously goriest and most romantic movies of the year—seriously, we don't know how they pulled it off—Bones and All reunites Call Me By Your Name collaborators Timothée Chalamet and director Luca Guadagnino for this horror fable following two young cannibals on a road trip through 1980s America. (We know, we're also surprised they didn't call up Armie Hammer for this one.) We all already love Timmy but get ready to swoon over breakthrough star Taylor Russell when this hits theaters on Friday, November 18.

Cara Delevingne knows sex—she is the co-owner of a popular sex-toy company, Lora DiCarlo, after all. The openly queer model-actress is delving even further into the subject with a new six-part docuseries, Planet Sex with Cara Delevingne, airing on Hulu beginning Friday, November 18. "Examining issues including relationships, sex appeal, and the popularity of pornography," the series features the star going on a global journey to further understand human sexuality, per Hulu.

"They're creepy and they're kooky. Mysterious and spooky. They're all together ooky..."—well, you know the rest. We're focused on the oldest Addams child for Tim Burton's new Wednesday Addams Netflix series, starring Scream's Jenny Ortega as the goth-girl icon and hitting the streamer on Wednesday, November 23. It charts the teen's time as a student at Nevermore Academy, where she has to juggle normal high-school stuff with solving supernatural mysteries and catching murderous monsters.

Christina Izzo is the Deputy Editor of My Imperfect Life.

More generally, she is a writer-editor covering food and drink, travel, lifestyle and culture in New York City. She was previously the Features Editor at Rachael Ray In Season and Reveal, as well as the Food & Drink Editor and chief restaurant critic at Time Out New York.

When she’s not doing all that, she can probably be found eating cheese somewhere.